Vero Consulting provides expert and authoritative analysis and opinion on the financial, economic, accounting, fiscal and monetary aspects of disputes and investigations. 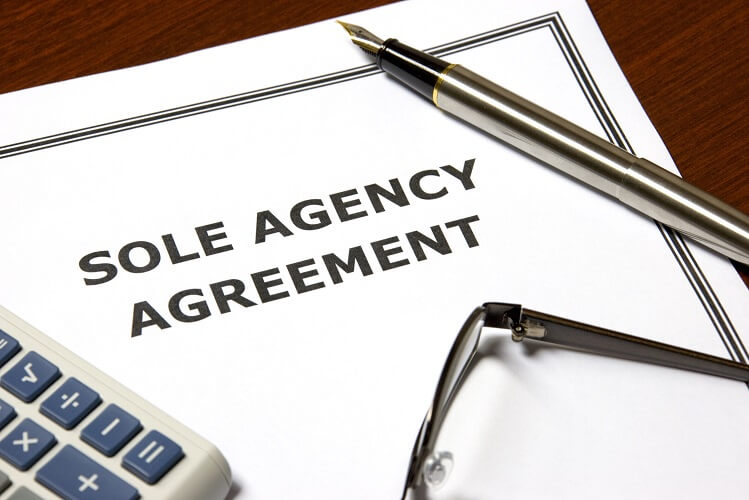 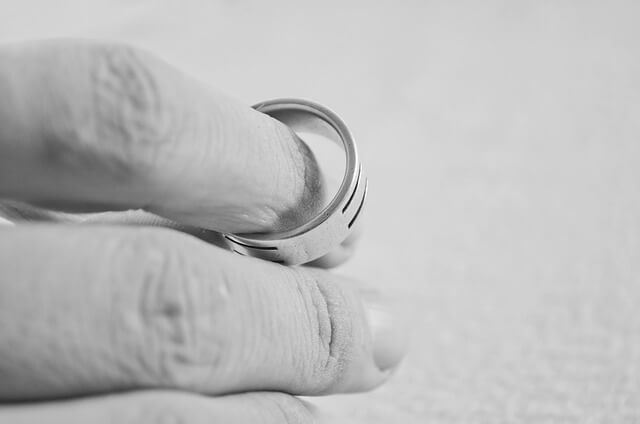 Shareholder and other disputes 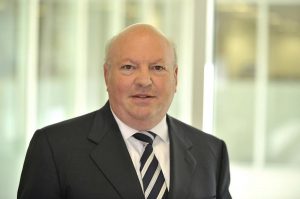 Post-deal price and other adjustments 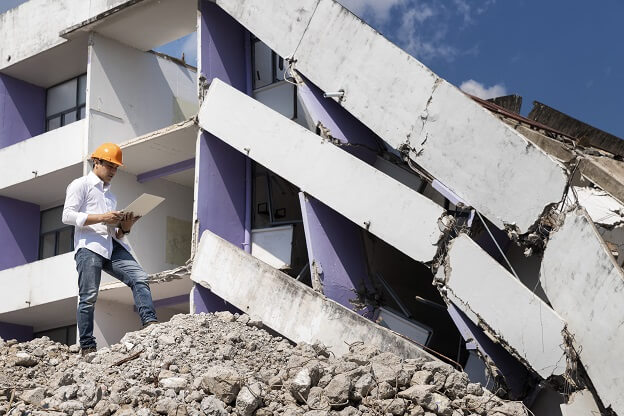 Business losses for claimants or insurers

Preparing or defending claims against professionals

Charles's reports are carefully prepared and supported by thorough research. I would not hesitate in recommending him for big money and complex matrimonial cases.

I first came across Charles in a case where he had been appointed by the acquiring authority and I was advising the claimant. I found Charles to be extremely knowledgeable and a tough negotiator. His confident and professional delivery convinced me that I would much rather have him on my team in future. He never fails to deliver results!

Your service is always impeccable!

Charles is a pleasure to work with and his expertise in this field was clear to all involved in the case.

I found him to be very knowledgeable about how compensation should be quantified and was very supportive throughout the negotiations and in reaching settlement. His quiet confident manner assured me that I was in safe hands throughout!

It has been a pleasure to get to know you and I have enjoyed our various meetings. The insights and advice that you were able to provide me with during my divorce negotiations were invaluable. Should any of my friends be unfortunate enough to go through a similar situation, I would not hesitate to recommend you.

We found Charles's knowledge and understanding of the area to be highly professional and extremely competent, we were able to completely trust the advice he presented to us. His ability to provide “real world” experience in the matter was invaluable. I would wholeheartedly recommend Vero Consulting in any agency valuation matter.

I have not the words to adequately express my sincere gratitude. You have been exceptional and I recommend you unreservedly.

Charles has an astute legal mind which is firmly anchored in reality, enabling him to advise his clients on the best and most viable course of action. He is alert to the wider implications, and able to identify unforeseen opportunities. He makes and explains his case lucidly, and is a pleasure to work alongside.

This blog explains the forensic accountant’s role in disputes on the amount of compensation payable by a principal to a commercial agent pursuant to Regulation 17 (2) of the Commercial Agents (Council Directive) Regulations 1993 (“the Regulations”).

The Regulations define a commercial agent as a “self employed intermediary who has continuing authority to negotiate the sale or purchase of goods on behalf of their principal or to negotiate and conclude such transactions on behalf of and in the name of that principal”.

In this blog I use the Software Incubator case, for which I wrote expert reports and provided oral evidence in court, to illustrates some of the difficulties in estimating the profitability of the agency before assessing the compensation due.

Why the Software Incubator case is controversial

Much has been written about the fact that HH Judge Waksman decided that software fell within the Regulations, even though the Regulations only applied to the sale of goods in certain circumstances, and not to the sale of services.  My instructions from the agent’s solicitors were, and in most of my cases generally are, to quantify the compensation on the assumption the Regulations apply.  This meant I did not have to address this controversial legal question.

In his Judgment, HHJ Waksman stated: “These days I would suggest that the essential characteristics of a piece of software like the Product cannot depend on its mode of delivery any more than the nature of tangible goods depends on whether they are transported by rail, sea or air.”

This question remained controversial and the case progressed to the Supreme Court in March 2019.  The Supreme Court decided to refer this and another point arising from the case to the CJEU.

Examples of difficulties in quantifying compensation

Quantifying the compensation due to agents under the Regulations always require the valuer to establish the appropriate income stream and to place a value on the income the agency would have generated and which it has now forfeited.  In the Software Incubator Judgment, HHJ Waksman provided an excellent illustration of why these quantifications are difficult.  In that case this was because:

(1) the product was itself relatively new and had uncertain future prospects at the valuation date;

(2) however, the industry and particular key players like the Defendants saw that it had significant potential, but there was no contemporaries evidence of his much this potential was.

(3) the agreement itself was terminable on 3 months’ notice and was non-exclusive; but the agent was also credited with deals brought about wholly or partly by the Defendants’ own staff;

(4) results in the termination year were particularly strong year because a number of deals which had been worked on for a long time beforehand (thus depressing the earlier year’s figures) finally closed;

(5) the pipeline deals as at the valuation date thought likely to close were small in number;

(6) No evidence was provided of forecasts as at the termination date, even though this was probably available.

In my experience, apart from difficulties such as these, it is rare even in well-established agencies for the income stream to be stable over a long period.  However the valuer is obliged to assess:

(a) The appropriate figure for the income stream as at the valuation date; and

(b) whether at that point the income stream was likely to grow, remain stable or decline, and the extent of this change.

Normally operating expenses are deducted to arrive at the agency’s profitability.  Fortunately, Incubator Software only had one agency and so there was no need to consider whether, and in what proportion, the operating expenses had to be apportionment over this and other agencies.

In a future blog I shall discuss my experience of issues connected with the allocation of expenses and also the appropriate multiplier to apply to the profit figure to arrive at the value of the agency.

As I reported in the news post on 1 April, I provided the chapter on the valuation of commercial agents for the latest edition of Bloombury Professional’s recent book: Commercial Agency Agreements: Law and Practice.

The laws for commercial agents’ agreements are materially different across the EU. For instance, in France and Italy, the equivalent laws implementing the same EU Directive cover services as well as goods.  Also, the way in which the payments to agents on termination are calculated varies enormously across the EU.  The UK continue to observe EU laws even though the country left the EU on 31 January 2020 and it is not clear whether the law will be retained or modified following the transition period.  Software providers with agents governed by the UK Regulations should assume these will continue for the foreseeable future.

Further details about me and my experience of quantifying business compensation may be found here.

I am pleased to announce that Bloomsbury Professional has just published the fifth edition of Commercial Agency Agreements: Law and Practice.  I wrote the chapter on the valuation of commercial agents compensation for this edition as well as for the earlier third and fourth editions.

The book examines the standard commercial agency agreement where an agent is self-employed and paid a commission on sales he or she generates for the principal as it is those agents that fall within the UK Regulations.

New cases since the last edition four years ago

As expected, the fifth edition has been updated to include several new cases since the previous edition over four years ago.

From the perspective of compensation, the most significant case since the last edition was Software Incubator v Computer Associates, in which I gave expert evidence in the High Court in 2016.  By March 2019 the case was before the Supreme Court.  The Court decided to refer two questions arising from this case on the meaning of the Directive to the CJEU: (1) whether electronically supplied software amounts to “goods”; and (2) whether the supply of software by way of a perpetual and/or limited term licence to use it amounts to the “sale of goods”.  It will be interesting to see the CJEU’s response.

Quantifying compensation on termination of agencies

In a subsequent blog I shall give more details about the difficult issues surrounding quantifying the compensation due on termination and also describe the experience of giving expert evidence in the High Court in several of the commercial agency cases.

The quantification of commercial agents compensation is one of the hardest issues under the Regulations and the more guidance there is on this topic, the easier it will be for principals and agents to know where they stand and what offers to accept.

I am pleased to announce my appointment to the Audit Committee of the Chartered Institute of Arbitrators (“CIArb”), the world’s leading qualifications and professional body for dispute avoidance and dispute management.

This appointment builds on my long involvement in dispute resolution as an expert witness, as well as recognising my expertise in corporate governance, auditing and financial reporting.

Further details of my experience may be found by clicking here.

Charles awarded Fraud Accountancy Expert Witness of the Year for 2019

In December Charles was Awarded Fraud Accountancy Expert Witness of the Year 2019 by KMH Media, publishers of M&A Today. This annual Award aims to provides their readership with an understanding of those individuals that are truly leaders within their chosen areas of specialisation.

Each individual recognised must receive no less than 21% in votes from the global readership, currently in excess of 293,000 in 163 countries.

After the voting process, which follows a very strict format of self-submission and third-party nomination, firms are shortlisted and selected as winners as follows:

Once all votes have been received, an independent panel of judges review the votes within each category.

The judges will assess the following in their considerations:

The judges were asked to focus strongly on the complexity and strategic significance of work conducted.

The above criteria underlines the importance of the recognition each individual receives as a result of being recognised as a Global 100 winner.

In summary, the publishers believe their Global 100 programme provides a benchmark for the very best of the best industry leaders, exemplary teams and distinguished organisations.

The full list of Award winners may be viewed here.